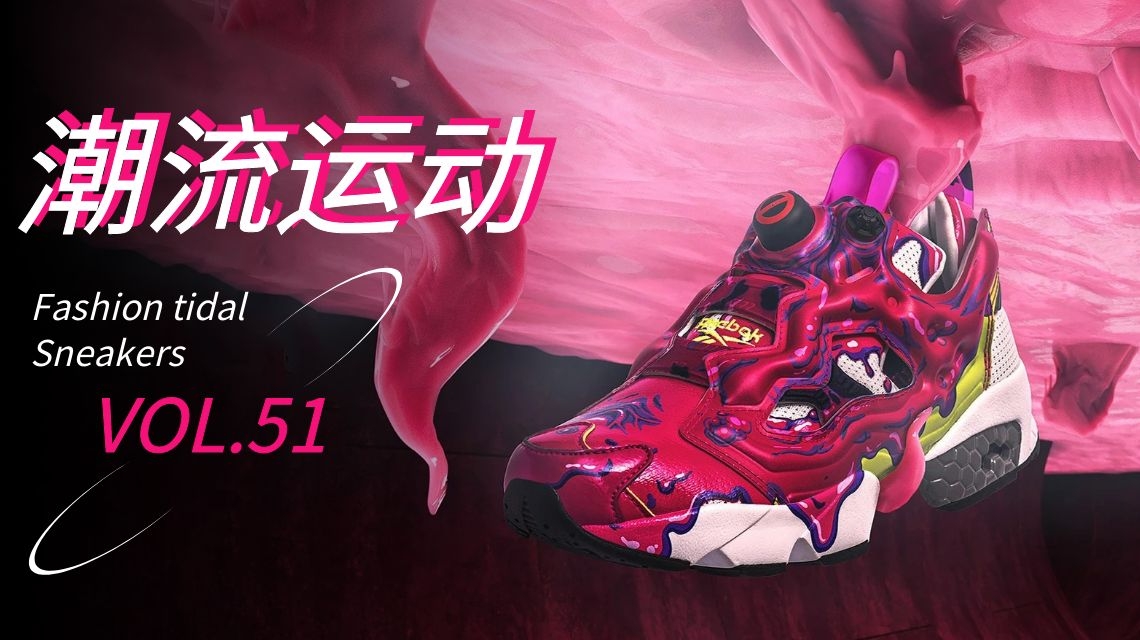 Originally released in 2017, the Nike Dunk High “Cargo Khaki” will be making a return during the Fall 2021 season. Dressed in a two-tone White and Cargo Khaki color scheme. This Nike Dunk High comes constructed in a full leather build featuring a White leather base with Cargo Khaki overlays. The Khaki hue continues on the laces, tongue label, Swoosh, liner and rubber outsole completed with White tongues, insoles and midsole.

Jordan Brand reveals a new kids-exclusive Air Jordan 1 Mid that arrives in a Black, Pink, and Crimson color blocking. This offering of the mid-top Air Jordan 1 comes constructed in a leather build featuring a Pink base with Black overlays highlighted with Crimson Swooshes and branding. A White midsole atop a Pink rubber outsole completes the design. Check out the official photos below, and look for this Air Jordan 1 Mid GS to release soon at select retailers and Nike.com. The retail price tag is set at $95 USD.

adidas Skateboarding unveils the Gazelle ADV by Mark Suciu, paying homage to one of the most iconic models from the Three Stripes. Originating in the ’60s, the classic silhouette’s timeless construction was reimagined with ADV performance enhancements for skateboarding, along with key insights under the creative vision of a premiere Global team rider.

Nike Sportswear’s boldest ensemble of the Blazer Mid called, the Blazer Mid ’77 Jumbo, is set to release in a “Pink Oxford” colorway. Dressed in a Pink Oxford and Rose Whisper color scheme. This Nike Blazer Mid features a Pink base constructed in a mix of leather with suede at the toe along with a sock-like collar. Oversized “Jumbo” Swooshes on the sides, padded tongues atop a Sail rubber sole completes the design.

Following the success of Venom: Let There Be Carnage, Marvel and adidas have teamed up to release a special “Venom” edition DON Issue 3. Dressed in a Carbon, Signal Pink, and Core Black color scheme. This adidas DON Issue 3 features a textile and synthetic upper with TPU toe piece overlays. A graphic covering the upper is inspired by Marvel’s Venom symbiote, while a Venom symbol stands out on the tongue.

The Nike Air Max BW “Light Stone” is the latest colorway to be revealed while its 30th Anniversary is close to coming to an end. Dressed in a Light Stone, Coconut Milk, and Jade Smoke color scheme. This Nike Air Max BW features a mesh base with suede overlays and rubber speckled Swooshes on the sides. The warm hues continue on its Sail midsole with Beige accents atop a Jade rubber outsole. Check out the official photos below, and look for the Nike Air Max BW “Light Stone” to release in the coming weeks at select retailers and Nike.com. The retail price tag is set at $140 USD.

Nike Sportswear reveals a new Air Max 90 that takes part of the brand’s larger “Lucky Charms” collection releasing during the Fall/Winter season. Dressed in a Ash Green and Metallic Silver color scheme. This offering of the Nike Air Max 90 features a Green velvet upper with matching tonal branding throughout. A solid White rubber sole with lucky charms (not shown) for added bling completes the design. Check out the official photos below, and look for the Nike Air Max 90 “Lucky Charms” to release in the coming weeks at select retailers and Nike.com. The retail price tag is set at $140 USD.

Joining a pair of Air Max Plus colorways, Nike Sportswear reveals a new Air Max 90 that takes part of their “Running Club” collection for Fall/Winter. Dressed in a Deep Royal, University Red, Black, and Obsidian color scheme. This Nike Air Max 90 comes constructed in a mix of mesh, suede, and leather featuring an Obsidian base with Royal overlays and Black mudguards. Red Swooshes and branded heels, retro tongues, “AMRC” lateral label atop a White midsole and Black rubber outsole completes the design. Check out the additional photos below, and look for the Nike Air Max 90 SE “Running Club” to release in the states soon at select retailers and Nike.com. The retail price tag is set at $130 USD.

Nike Sportswear reveals a kids-exclusive eco-friendly edition of the Dunk Low that will be releasing during the Fall/Winter season. This offering of the Nike Dunk Low features a Black tumbled leather base with Blue overlays and Light Green Swooshes. Additional details includes White laces and midsole with playful “Nike” branding in the rear. Grind Rubber at the heel overlays and full-length outsole completes the design.

Ahead of Nike celebrating the 25th Anniversary of the Air Max 97 during 2022, the brand reveals a new “Metallic Silver” colorway.Dressed in a Smoke Grey, Medium Ash, and Metallic Silver color scheme. This offering of the Nike Air Max 97 features a mesh base, leather overlays, and 3M reflective detailing. A White rubber sole completes the design.

Fitted for the fall season, Nike Sportswear reveals a new Air Force 1 High dressed in a mix of Brown and Orange. This offering of the Nike Air Force 1 High features a twill base with Brown suede overlays and Orange canvas Swooshes, ankle straps, and heel overlays. Additional details includes Red branding finished with a White midsole and Gum rubber outsole.

Jordan Brand’s newest winter-rendition of the Air Jordan 1 called, the Air Jordan 1 Acclimate is set to touchdown for the colder months. This offering of the new model comes dressed light and dark Magenta hue. It features heavy-duty leather upper with sealed perforations at the toe box to keep your feet dry in slush and snow. Other details includes boot-inspired metal D-ring eyelets, textured panels around the collar – which ditches the “Wings” logo, and an added plastic heel clip for protection against the colder season. Highlighted the shoe is its thick faux fur lining to keep your feet warm completed with a two-tone rubber sole.

The Nike Air Force 1 Low has appeared in dozens of styles throughout 2021. Before the year closes, Bruce Kilgore’s iconic design has indulged in a white and blue colorway accompanied by Nike Grind detailing exclusive to kids. As with some of the Nike Sportswear classic’s most signature styles, the newly-surfaced pair predominantly boasts a “colorless” arrangement throughout its upper and sole unit. Profile swooshes and branding on the top of the tongue and lateral midsole, however, deviate from their plain surroundings. Yet, the most eye-catching details on the Nike Air Force 1 take are the multi-color flair provided by the brand’s recycled component, which appears on the upper heel and outsole, and the scale-like pattern faintly visible on the tongue.

J. Cole spent most of his upbringing growing up in Fayetteville, North Carolina but, New York City will always have a special place in the rapper’s heart. It’s a destination that he always worked to have success in, and he’s expressed his love for the Big Apple through a three-pronged “Times Square” Pack that involves his signature PUMA (XETRA:PUM.DE +1.40%) RS-Dreamer. Following up on the launches of the red colorway and the “E-Line” makeup is the “Lime Green” variant that channels the energy of NYC’s Times Square.

ASICS (TOKYO:7936.T +3.73%) has had quite the successful year for themselves in terms of footwear launches as it has collaborated with many a different partner such as Brain Dead, Denim Tears, Awake NY and more, while at the same time built out its inline category with more captivating silhouettes. One reason that the latter has found so much success is that the Japanese imprint kept Kiko Kostadinov on board to help guide the brand’s direction for its inline styles, and the first season of this partnership has been compiled into one body of work: the ASICS SPORTSTYLE ITER Zine. Throughout the course of the booklet you can indulge into footwear styles both released and unreleased that were lead by Kiko Kostadinov Studio, actual imagery from work trips from the past year and more. Silhouettes such as the ASICS GEL-MC Plus, ASICS HS1-S Tarther Blast and more are highlighted in the zine. Moreover, the backdrops in which the shoes are placed also reflect the inspiration for their color palettes.

YMC and Yogi Footwear have built on last year’s link-up, by unveiling a 12-piece collaboration for Fall/Winter 2021. In a similar vein to Fall/Winter 2020, this season sees the pair hone in on and reimagine Yogi’s epochal Orson and Archer silhouettes. Equipped with Yogi’s famous negative heel and vegetable tan footbed, both styles have been reworked with YMC’s directional-yet-wearable aesthetic in mind, and arrive in three colorways of black, brown and “Burnt Orange”. The Orson’s low-profile and the Archer’s chukka-style silhouette have been hand-stitched for an authentic look and rounded out with a co-branded footbed, a YMC leather swing tag and a recycled rubber and cork outsole.

Y-3 and adidas (XETRA:ADS.DE +1.58%) have been on a hot streak throughout the latter half of Summer and early weeks of Fall 2021 in terms of revealing and releasing brand new silhouettes. And after introducing the market to the winter-friendly Terrex Swift R3 GORE-TEX model, the two parties are reconvening to further advance the catalog of the adidas Y-3 Runner 4D IOW. First unveiled with an all-black look towards the tail end of July 2021, the model has resurfaced in a crisp white colorway. Perhaps due to the fact that the shape and constructional elements of these kicks fall on the more fashion-forward and futuristic side of the spectrum, these may not be everyone’s cup of tea, but the various components of the sneaker are certainly ones to be appreciated. Everything from the extra high cut bootie to the synthetic and slightly translucent mid-foot overlays to the laces are done up in white, while the tongue zippers and adidas Y-3 branding that is slapped onto the quarters contrast with black. The soft-textured heel counter also continues the neutral tones here with a light gray exterior. Down below, the latticed 4D cushioning units are styled with their traditional minty appearance.

Fusing fashion with function, the renowned fashion editor and stylist translates his signature aesthetic whilst paying homage to the brand’s innovative craftsmanship and archival climbing pieces. HYPEBEAST caught up with Rabensteiner to discuss the latest collection, his personal connection to hiking and the future of outdoor wear.

Following the success of its cozy debut collaboration earlier this year, UGG and Telfar have unveiled the second delivery of its all-gender collection for Fall/Winter 2021. In identical fashion to its first instalment, drop two comprises footwear, apparel and accessories. The Logo Mini — which arrives in either “Chestnut” or black — boasts Telfar’s signature “TC” monogram at its heart, which has been crafted with a premium suede, creamy shearling and upcycled wool. Grey footwear options inspired by Telfar’s mainline collection arrive in the form of the Fleece Mini and Fleece Tall, alongside a duo of sherpa-lined logo-adorned hoodies that round out the capsule’s apparel. 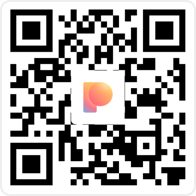 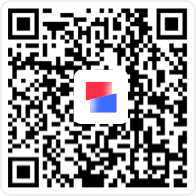 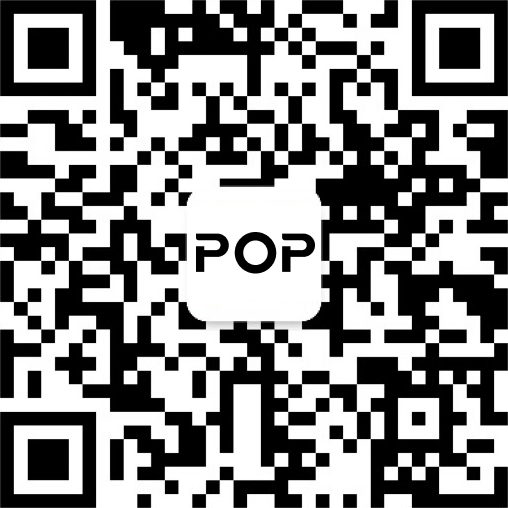 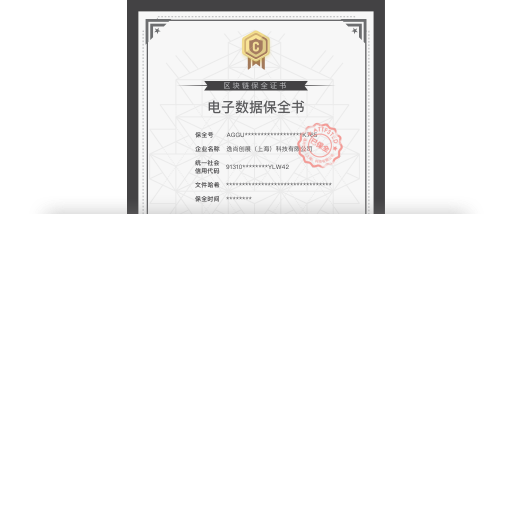